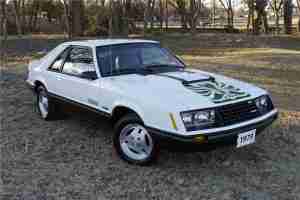 The 1979 model year was a big one for the Ford Motor Company (and the Mustang in particular), with the totally redesigned Fox-Body models that rekindled factory available performance from Detroit over a long production run through 1993. After the Mustang II generation, Ford rolled out the redesigned and much better looking Fox-body Mustang. The Cobra brand, used on some Torino models in the late 60’s, was also used in the Mustang II platforms, even flexing a King Cobra model. The fox body following is very large and also very popular with the Gen Exrs who are reliving their youth, myself included. Fox-Bodies have one of the larges aftermarket parts availability pool, and prove to be extremely easy and affordable to build. 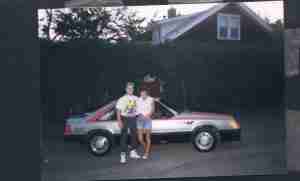 Most car guys will acquire a car or re-acquire a car they had in high school, or a car they saw in high school that they promised themselves they would have someday. For me the ’79 Cobra Mustang was that car. Bear with me while I stroll down memory lane with a story of the ’79 Mustang I had back in the day. One of the first restorations I did was a ’79 Mustang Indy Pace car. While living in a garden level one bedroom apartment near the Ford Assembly Plant in Highland Park Minnesota, I restored the ’79 Mustang Indy Pace car you see above. Most people notice the pretty girl, and yes that was my girlfriend at the time, and now, still my wife after 30 years.  I had befriended a Twin Cities Ford Assembly Plant employee Frank, who let me work on my car in his leaning, two car garage. The garage was in the back alley behind the apartment building where I lived. I recall it being a snug fit as he had his ’58 Chev Delray in the garage also. My gal and I pulled the drive train out of that Mustang in the middle of winter with little to no heat. She was a real trooper in her borrowed baggy coveralls, cleaning parts and keeping me company.  It was good times. I would say that was her fair warning before accepting my marriage proposal that I was a car guy. My infatuation for ’79 Mustangs continued over the years with purchases of ultra low mile Indy Pace cars, 1.300 miles, 9.000 miles and even owning a ‘79 Mustang Indy Pace Truck you ca see here.

Factoid: Only the first year of the Fox-Bodies, including the Fairmont had the interior door handles located at the bottom of the doors, way down next to the floor. I believe the engineers had it right, but it was later changed. A person naturally learns forward lowering their body naturally when exiting a vehicle, then pushing the door open with the upper arm or shoulder. Well enough consumer feedback moved the exit handle up near the top of the door because too many people asked “where is the door handle”, “how do I get out?”  The lower door interior exit location is a one year one characteristic of the ’79 Fox body. 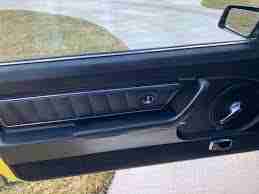 While cars are the hobby, the people and their stories are what makes the cars special for me.  Every car has a back story. The ’79 Cobra this blog is about has a great story. The story has unfolded after I purchased this car.   Each day that goes by, the car’s history unfolds more and more, and continues fascinates me.This car was not some barn find, it was an internet find located in Louisianna. It was being sold in a package with an old F-150 pickup. Had to buy both so I did. The Cobra had been shuffled and horse traded through a handful of people, but never put on the road. It has sat for years after the original family decided to sell it after the passing of the family patriarch. Shipping proved to be impossible, not due to cost, but it seemed no haulers wanted to haul two cars on their 3-4 place car haulers. I tried for two months, working with several brokers. At one point I was almost ready to head south from MN to LA to snag it myself. Alas a broker was successful but only the Cobra came to MN, I sold the F-150 in its place. 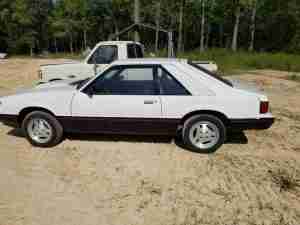 The Cobra arrived and it was rough. (Don’t let anyone tell you that cars do not rust in the south in LA.) Laying in the back seat was a 6 inch thick oversized envelope packed with receipts of repairs and each and every letter of correspondence with Ford Motor Company on the car, Over the next few months I sifted through each and every pice of paper and was able to connect with the original family to uncover an amazing story, making this car even more special. Again, it’s about people.

It is 1978 and you are a 16 yr old 10th grade young man checking out the new car line up at your local Ford dealership. The infatuation American society has with the automobile, and the independence it signifies, has your heart pounding given your recent taste of independence and freedom as a new driver.  You see that for model year 1979 Ford is introducing a NEW redesigned Mustang, it is called the Fox body, and Ford is continuing the Cobra package!  You spent months combing over the big glossy brochure you got from the dealership reviewing the packages, color options, interior options and drive train offerings. You wore out the pages of the brochure more than the contraband Playboy magazine under your bed.  You have saved your nickels and dimes from odd jobs busting your hump. You somehow convince your dad to help you order a NEW 1979 Ford Mustang Cobra……more to come here 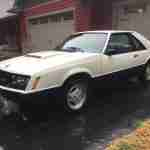 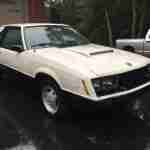 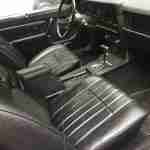 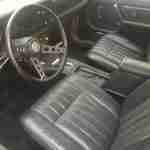 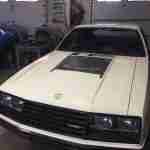 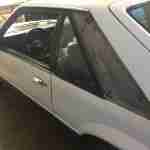 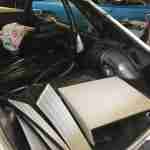 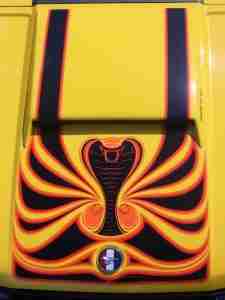 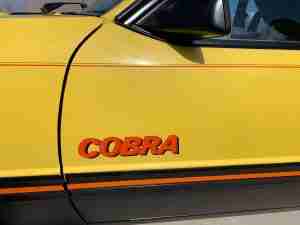