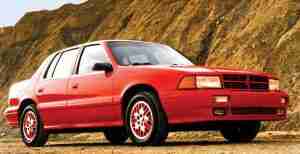 In 1989, the Dodge Spirit was introduced to provide reliable transportation in a traditionally styled four-door sedan, building on the architecture of the Reliant. Enthusiasts ignored it, though it gained a following among normal customers.
Then, in 1991, Chrysler added a 224 horsepower (218 lb-ft) screamer of an engine, based on the 2.2 four-cylinder that usually produced 93 hp. This car was a fairly ordinary looking Spirit, except for the “R/T” after “Spirit” on the trunk lid, body-color crosshair grille, a modest spoiler, and a decal on the fender. But most grocery-getters don’t move from 0 to 60 faster than any other four-door sedan sold in the US in their model year.

Sold in 1991 and 1992, the Spirit R/T had a quarter-mile time of 14.5 seconds at 97 mph and a top speed of 141 mph, making it the quickest four-door sedan sold in the United States (the fastest mass-produced four-door sedan in the world. Two cars sold only in Europe might have been faster: the handmade BMW E34 M5 and Alpina B10, selling for the equivalent of $59,905 and $109,500, respectively. Thanks, Stephen, for details on the competition.) All this came at a base price of $17,820, including power windows and air conditioning.

Dodge offered the Spirit R/T in only three colors, white, silver, and red. This 1991 MotorWeek story is always fun to watch here on YouTube. It’s only six minutes long, check it out. There was no automatic transmission option for the Spirit R/T, they all came with a Getrag 5-speed shifter and front bucket seats. The engine is the big deal here, it’s a Chrysler 2.2L DOHC inline-four that has a Lotus-designed head and a Garrett intercooled turbo III boost which gave it 224 horsepower and 217 lb-ft of torque. Car & Driver recorded a 0-60 time of 5.8 seconds (faster than MotorWeek’s time) and that is fast even today. It was lightning fast in 1991, especially for a front-wheel-drive car with four doors. A Hemmings article here had a good description, …“With input from England’s Formula 1 champion, Lotus, Chrysler had developed the Turbo III, the most highly tuned production version of its bread-and-butter 2.2-liter (135-cu.in.) four. This engine featured twin balance shafts, double overhead cams, four valves per cylinder, direct ignition, sequential EFI, and a Garrett turbocharger and intercooler. The red crackle finish-trimmed unit achieved the highest specific output, per liter, of any production Mopar engine: 224 hp at 6,000 rpm and 217 lb-ft at 2,800 rpm. When the Mustang’s famous “5.0” V-8 was rated at 225 hp, this inline-four could slingshot the Getrag five-speed manual-equipped, 3,162-pound sedan to 60 mph in a blistering 5.8 seconds, notably quicker than a contemporary BMW M5 or Nissan 300ZX Turbo, and push it on to 142 mph.”

I acquired a red ’91 Spirit R/T which I affectionately call ‘Free-Spirit” for two reasons, the torque steer pulls the car where ever it wants to go like a maverick. The second reason is that the car was given to me by the long time previous owner. I will take this opportunity to remind readers that the reason I get these calls is that I am active in my local collector car scene. A call came into our local Mopar club Midwestmopars and the owner was given my name for a couple of reasons. One, I am known for talking fast action in situations like this with a truck and trailer always pointed out the driveway, with cash in hand to recover cars. Secondly, I am known for being into Mopars and specifically turbo Mopars. Now before you think this is some great score, know that the engine was blown up and out of the car. The car had also been sitting for many many years and all four tires had actually sank into the asphalt driveway. This means frozen brakes, bad gas tank, tires, usually rodents etc. While the car was free, it was actually a commitment to spend $6-8-$10k to rebuild the motor and get the car back on the road, not including addressing any rust or the factory defective clear coat and paint issues. Make no mistake, my appreciation is huge as this is yet another opportunity to create contrast and get another Mopar back on the streets.

The call with the seller came in and his voice was a bit frantic. It seemed that he had a wedding event, maybe a bridal shower, at his home in a few days. The Spirit had to disappear, and disappear fast. He lived about 75 miles from me. Within the hour I was on the road with my truck and trailer. The car was loaded, and the engine was taken off of his engine stand in the garage and also loaded. 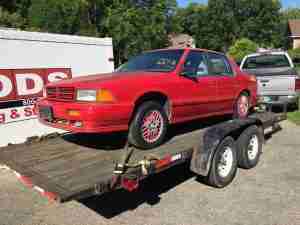 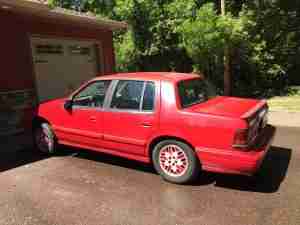 The engine was out of the car because these cars had engine design issues. Chrysler referred to this design as TIII. The head was a dual overhead cam Lotus design mated to the 2.2 4cyl. block. Allpar.com has a great article here. The heads were known to crack for one, and the list goes on. The head below has had a correction done. The factory installed round plugs in the center of the head. Here you can see where the holes have been welded in solid. No risk of the problematic cracking. 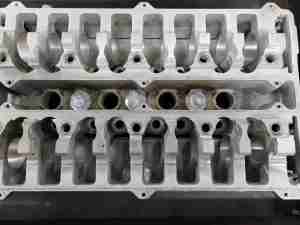 Knowing a bit about the Turbo Dodge community, I knew I would have to rely on a guru. A gent I had met at a national Shelby Dodge Club meet years prior was such a guru on the TIII lotus designed Chrysler engines. He knows ALL of the engineering flaws on the TII design. No point in even putting one of these cars on the road and engaging in any performance driving because TIII engine components are sure to break. The design is amazing and the perf numbers show, extremely powerful, but the design was just not refined enough to prove stable.

I had just recently finished building my own Plymouth version of a Spirit R/T but with an ’90 Plymouth Acclaim. No Lotus head, performance suspension, or big disc brakes, but just some good old Ma’Mopar factory engine bay mods, that means other Mopar stock parts from other Mopars, that puts out 240-250 horsepower. The Acclaim build is here. Check it out.

When my turn came to get my engine build done at the TIII guru I loaded up the entire car/ engine and hauled it across state lines for a 6 hour ride.  The Lotus head work and other engineering block machining corrections requires his expertise. A plus is the guru’s insane attention to detail, second to his vast knowledge of these engines. 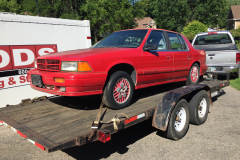 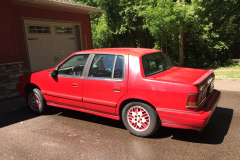 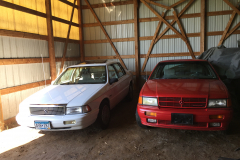 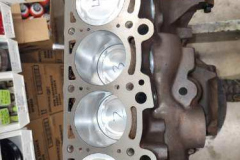 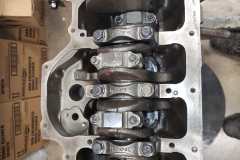 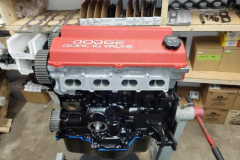 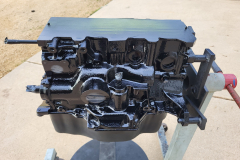 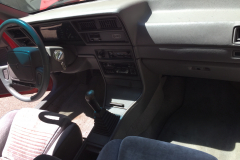 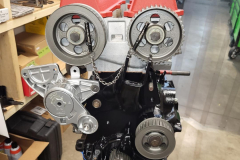 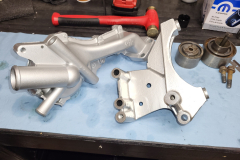 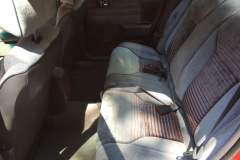 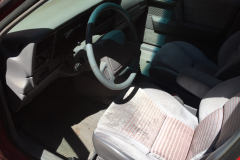 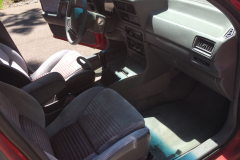 Normally my builds remain stock with mother Mopar parts. In this case, in addition to correcting the engineering shortcomings, adding a bit bigger inner spools to the turbo, a little tune to the SBEC, and better cooling components for the turbo ,yields a LOT of bang for a small buck. more to come. -Jake