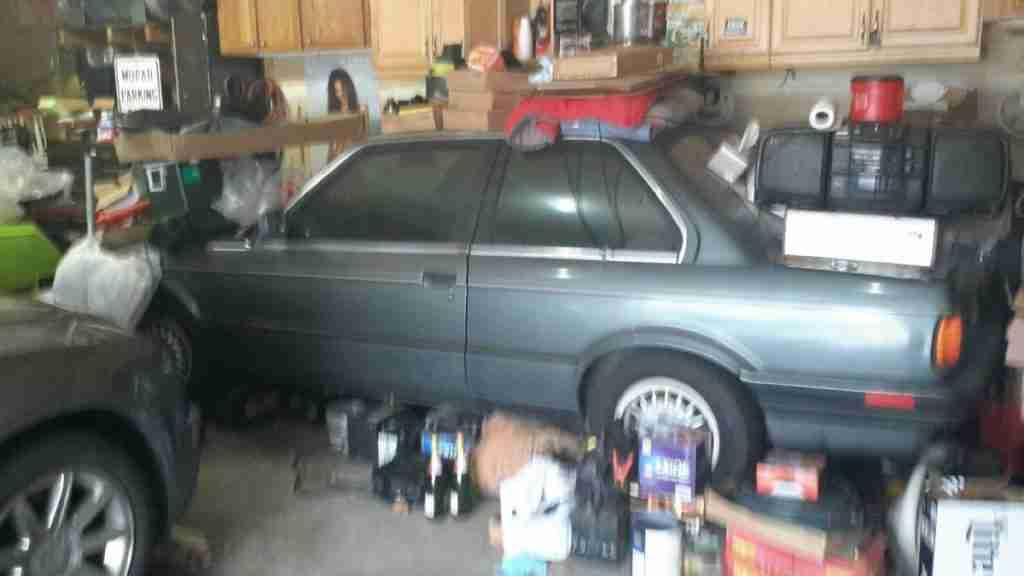 It has been said that the most expensive used car is a BMW. After rescuing this ’89 BMW 325i E30 from shelf duty in the front of a garage, I understood why the repair costs on BMWs are so high.  Pictured below is how I first saw this E30 BMW two years before purchasing it. The story is that a neighbor gave this BMW to another neighbor because of starter problems. Turns out the starter actually fell out of the car, or at least fell out of the hole.  The car sat for eight years. I decided since the car was rust free, was relatively unmolested, and the interior was in like new condition,  it was worth saving. Moreover I needed to feed my resurrecting habit. I bought the car for $1,000 and trailered it home. It was a HUGE risk in that I had no clue if the motor would even turn over.

After getting the car home and into the garage a standard assessment was done. I had ordered a new battery and a cheap starter. I also had ordered a starter bolt kit. Being that the bolt and nut starter hardware was being sold as a kit,($8.95) it seemed to me that this starter issue may be common place. I needed to resurrect this car in careful steps to limit risk, mainly the loss of dollars. Time is a sunk costs in my opinion in the car hobby.

Tackling the starter was the first job, and get the motor to at least turn over. The starter replacement was a two week project requiring patience. Walking away and thinking about the “how” to replace the starter in an extremely tight space with an I6 engine taking up all of the length of the engine bay. After reading countless old internet BMW forums on this very topic,  I was determined to NOT remove the intake and to NOT remove the motor mount bolts and jack up the engine. The challenge was getting one stubborn bolt into the hole from the rear of the bell housing and then get a nut started on the starter side. The body of the car around the bell housing only offered 3/4 inch at best. Sneaking the bolt up from the bottom was not an option. I ended up taping the bolt to my middle finger pointed towards the front of the car and going in from the topside. As I pulled my hand out from behind the bell housing the bolt, loosely taped to my finger came out of the tape loop and entered the hole.  EUREKA!  The next challenge was to install the starter without pushing the bolt out of the bell housing. . All of this is being done blind due to the restricted view underneath the brake booster assy., and the intake. An angled 10MM wrench would not fit. The solution here was cutting off the box end of a 10mm wrench and affixing it to the end of another wrench. Yes again electrical tape saved the day. With the custom wrench on the head of the bolt on the back side of the bell housing,  the bolt stayed in place and the starter was able to be installed. I installed the NEW battery and hit the key, the car turned over. Success!

I had added fresh Non-Oxy gas on the ride home the day the car was bought. I do this to shake up the old gas in hopes to saturate the varnish that has no doubt accumulated. With the old gas extracted with a Pella extractor I added a few more gallons of non-oxy fresh gas.

Fire in the hole!- With fresh gas and a new starter, also fresh oil, it was time for a fire in the hole. When doing this initial start up I like to get the vehicle out of the garage, and have a fire extinguisher on hand. I hit the key and turned the motor for a bit and no fire. I did not hear a fuel pump engage and key-on. Thankfully the German engineers made replacing the fuel pump extremely easy. With the back seat removed, this exposed a trap door, I replaced the fuel pump with only a 5 day delay while I awaited on the part arrival.

Time for a fire in the hole again.  This time when I hit the key the engine fired and the car actually idled. No major bad sounds but the starter was continuing to spin. This is not good. This issue was resolved after online research ,and a wiring diagram determined that I had the starter wired incorrectly.  Because the starter had been already removed when I bought the car I was unable to see how it was wired prior to removal.

Next was a timing belt for insurance as I had no historical records for the car.  This I outsourced for $350. Well worth the spend. Turns out the timing belt had in fact been replaced but I had the tensioner done as well.

Over the next few months I chased small issues and gave the car a good cleaning. The tires were in fact dry cracked from sitting. A few short trips around town and a couple longer road trips proved the car road worthy.  All in I had $2,000 into the car.

A few tweaks for personal preference and I called this rescue done. One was the yellow stickers on the inner high beam headlamps provided for a euro look. 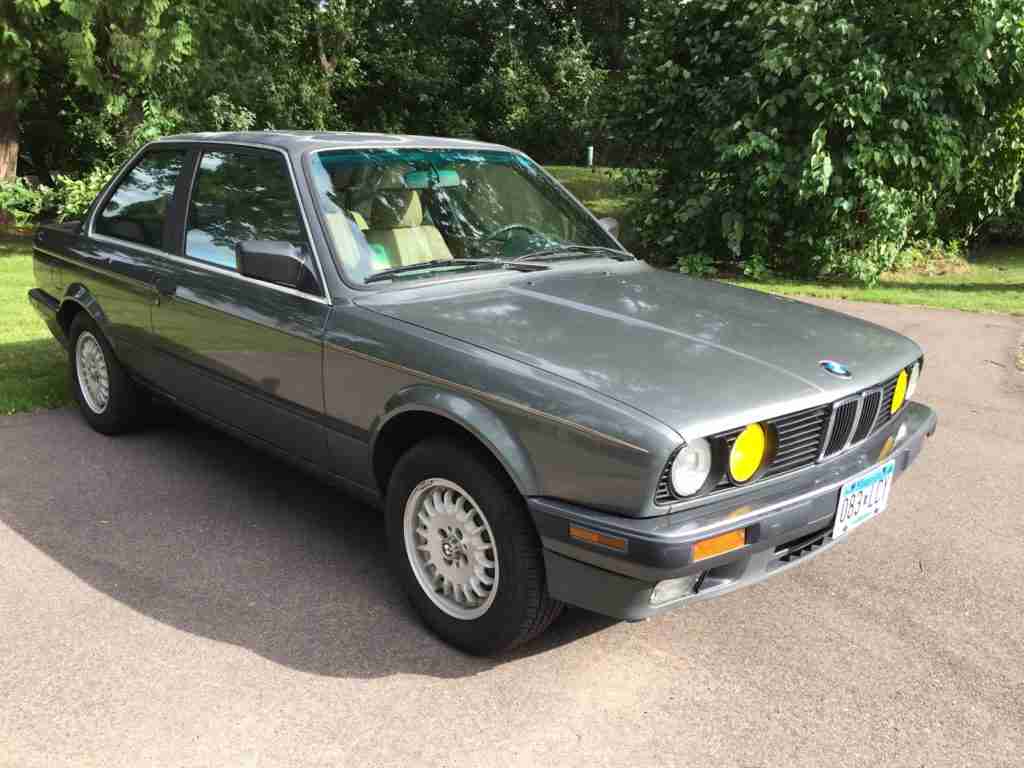 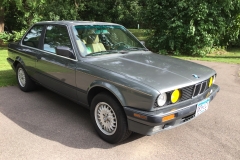 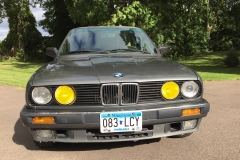 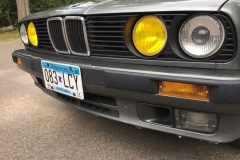 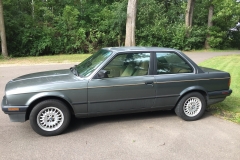 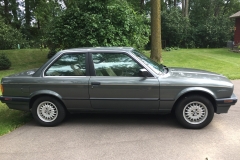 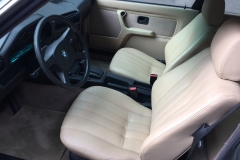 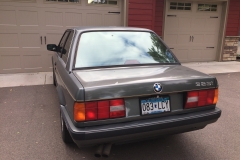 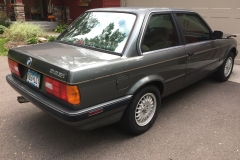 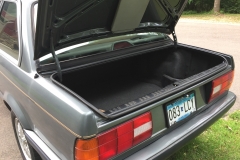 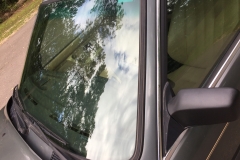 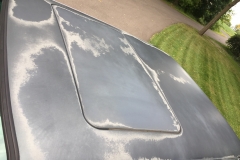 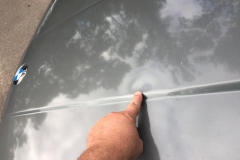 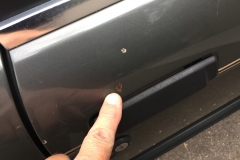 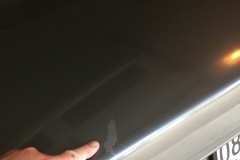 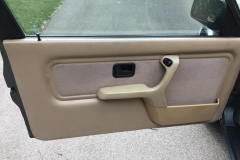 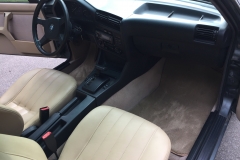 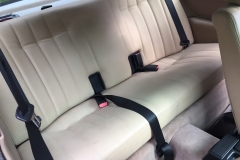 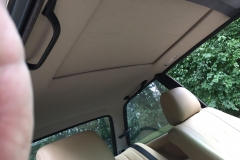 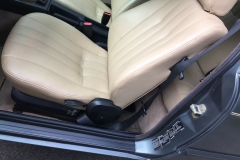 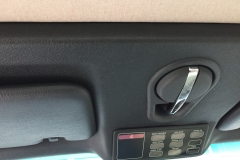