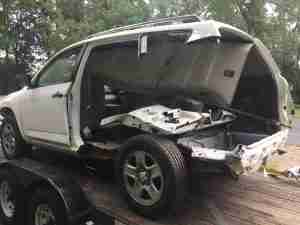 Below is a pictorial capture of the culmination of two 2012 Rav4s I purchased online from the Copart insurance salvage website. The goal? To build a 2012 Rav4 Limited with the V6 that has under 100k miles (builder). The search started in the fall of 2021 looking for rear hits as they are easier to repair, but other buyers know this also. The used car market has been crazy with demand high, which is driving prices high, especially for the coveted Japan, Honda/Toyota segment.  We have an ’01 Rav4 in the family that is getting dated. I saved a couple of lots/units at upcoming auctions but with title issues some vehicles can sit for up to a year waiting resolution on paperwork so the units can be sold at auction.

I ran the traps on a few units that came up for auction. What I mean by “ran the traps” is I run the numbers, source the parts, calculate the shipping and the buying fees and guess where I will be at after repairs, all the way down to the new floor mats if it needs them. Let’s not forget tires etc. Since automotive paint is also extremely expensive, even before Brandon’s inflation spike, it would also makes sense to buy used parts off of Car-part.com that are the same color, to save $$$$ on jamming the parts, or in some cases not have to do paint work at all. If I can be all into the finished unit for $10k or under I would be happy. A unit comparable to the builder retails for $17k.

I ended up having two white Rav4s in my auction cart, one front hit parts only unit here in Minnesota where I am, and the other in Colorado. The one in Colorado fit the bill, with 89k miles and it was a Limited model with the V6. The Limited was a left side rear hit, side airbags deployed with frame damage. But it ran, auction said no keys and it was a key fob touch button start. Hmmm. I needed the front hit donor vehicle after I won the builder unit in Colorado. As my luck would have it the builder unit 20 miles from me in MN came up for auction first. Shoot!. I bid on it and won, but it was 20 miles from my house. Paid my tab and hauled it home on my car trailer. Took inventory and put it in storage. A month later the Limited unit went on the market in Colorado. I won that auction with a crazy amount of fees and even used the auction house’s shipping service. With these auction transactions a guy is fee’d to death. There is a fee for everything.

The Limited builder landed during a snow storm here in MN, meaning it arrived on a big car transport with other vehicles. Did not run, no keys per the auction. I winched it off of the shipper’s trailer onto mine. Once home my gamble started to be positive. You see in one of the auction pics the mileage of the odometer was lit up displaying the 89k miles. My thought was the key fob had to be somewhere in the vehicle in order for the dash to be lit up and the mileage displaying. Sure enough I found the fob under the seat. Score!. After changing out a few fuses I had a running V6 Rav4. Step one done.

The next step was to get estimates from a collision shop. After making a few calls, and not being an insurance payer/customer, every shop I called wanted nothing to do with the job. I ended up finding a semi retired 30 year veteran auto frame guy who worked out of his house 25 miles from me. He was the right guy for the job of swapping the left rear section of the parts vehicle into the builder Limited. He did not do any body finishing or paint work of any kind. My job was to strip the rear interiors down to the steel shell on both vehicles and remove the gas tank from the parts Rav4. His shop was just big enough for both Rav4s to sit in side by side and he would do the surgery.  He had a month’s worth of work before he could get to my job which was fine. That gave me the time to get my work done.  Within a month of starting the project he had the job done and done right. I am picking up the two vehicles from him today. I’ll drop one at a bodyshop a few miles from him that has agreed to do the finish body work and the painting. While both vehicles are white, they unfortunately are different colors of white. One is a white pearl coat, and the other is a base. The positive here is will still save $$$ on the jamming. more to come……

Base Rav4 Parts Only Unit- 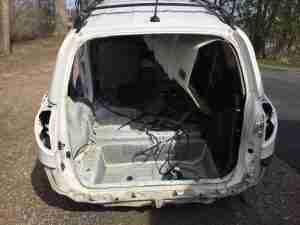 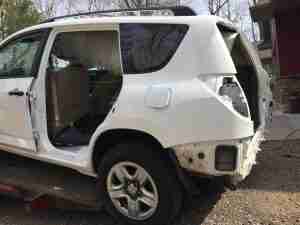 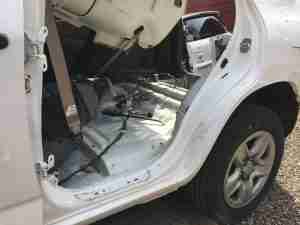 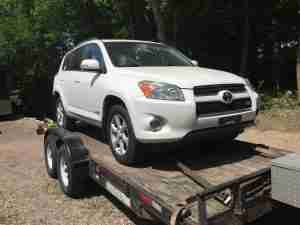 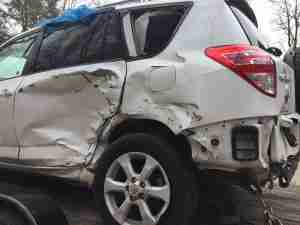 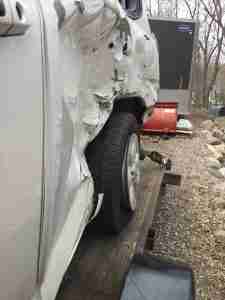 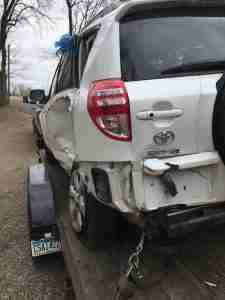 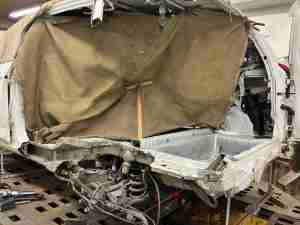 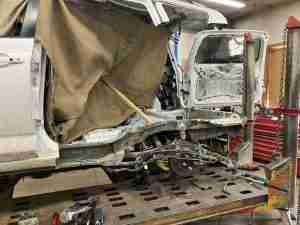 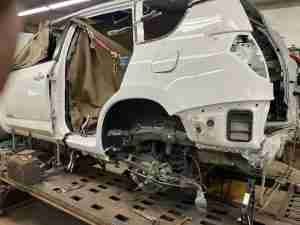 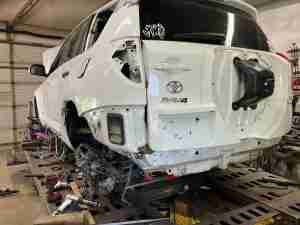 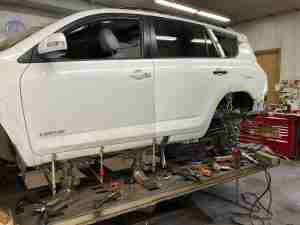 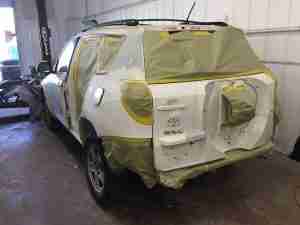 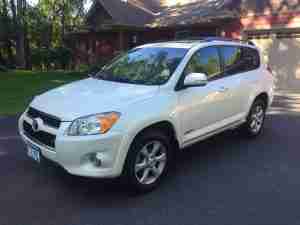 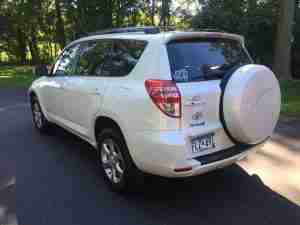 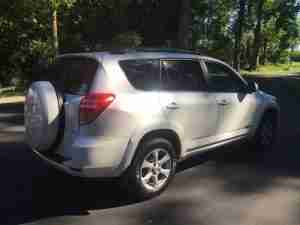 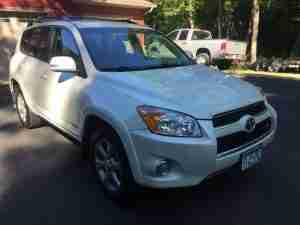 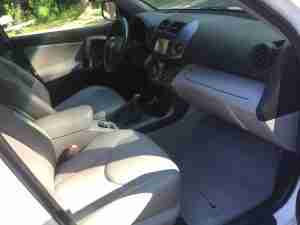 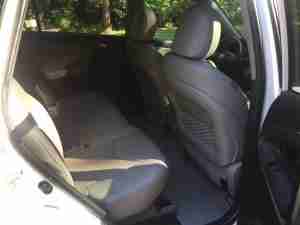 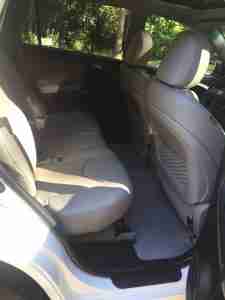 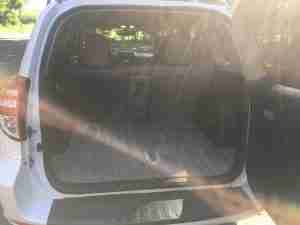 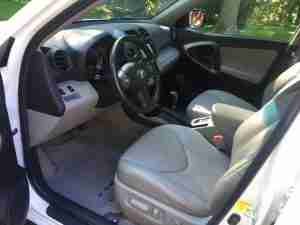