History:
Here is the story of my General. The car the started it all. This was my first car when I was 16 yrs old, I bought it for $300 out of a field. It was brown with Green indoor/outdoor fake grass patio carpeting and full of bondo. ( The car was originally triple green from the factory). After I had owned it for three months and stuck a ton of cash into it I sold it. ( Funny how history repeats itself) Then 12 yrs later I tracked it down through 4 different owners in a 5 hour period ( all in one day.) By the end of the day the car was home with me again. There were still receipts in the glove box from the auto parts store where I bought parts for it as a kid. When you talk about heritage this car has it for me. Everyone that is doing work on it I have known for a long time. For example, The engine was professionally built by a good friend of my family, I remember going to his shop as a kid and watching he and my brother fix up cars and build race engines etc. The guy who did the body work was my Tee-Ball coach. The guy who re-upholstered my seats, I used to work for and have know for about 15 yrs. 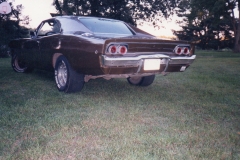 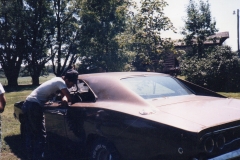 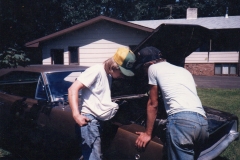 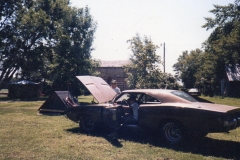 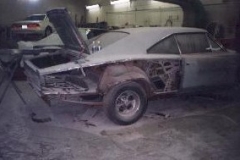 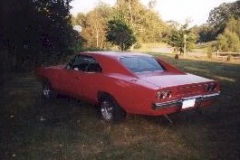 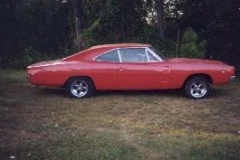 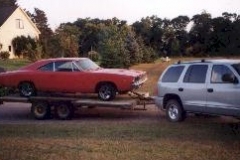 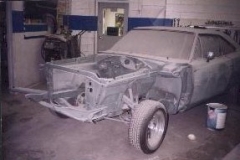 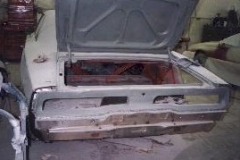 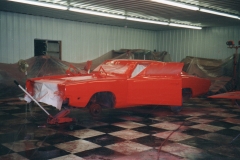 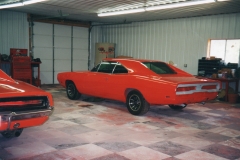 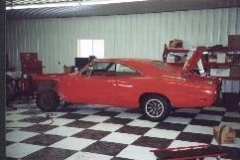 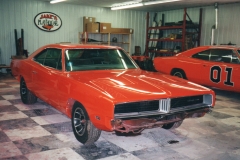 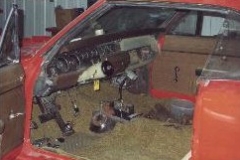 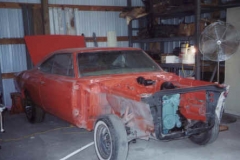 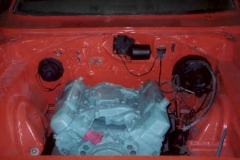 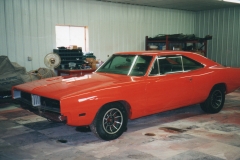 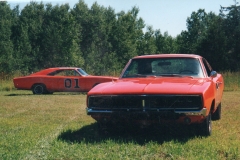 This car was built to never be sold. It was also built to be driven and I have driven it HARD. This car is tough and very strong. It just wants to run wild. This is no trailer queen. I let kids and very hot chics sit on the door with their feet on the seat to have their picture taken. When all polished up it shines like a Georgia sunrise. I have done exhibitions at local dirt tracks, pavement circle tracks and countless parades and promotions. There is nothing like 6000 people standing on their seats screaming their heads off when the General takes the field sliding sideways, smokin’ the tires and tormenting the local cops who purposefully chase you hoping you run. It is a blast to drive.

383 and 727 Trans rebuilt. 3:55 Posi. Electronic Ignition with Holley 650 Carb. New distributor, radiator, and high output alternator to compensate for sound system’s electrical draw. Most mechanical parts have been rebuilt or replaced. Disc Brake Booster and Master Cylinder. Font Suspension received new bushing Kit including new sway bar. Tires and wheels are 15″. Car has Dual Exhaust with Glass Pacs. Car has the TV show sound, loud and mean!. Dual Rad Fans for extra cooling for parades etc. All after market Gauges to monitor Heat, Oil Pressure and Voltage. New Fuel lines, Gas tank, sending unit. Dixie Horn. Dash gauge cluster was professional restored and calibrated.
Sound System: All I pretty much did here was write out a huge check to have a Thumpin sound system put in. It is Super loud and my teeth vibrate when I play Motley Crue- Wild Side. There are speakers under the Dash in the rear dash panel and huge subs and an amp in the trunk. ITs a Pioneer with remote CD player.

4 General Lees were built inside Jake’s Playhouse and a Rosco Cop car. 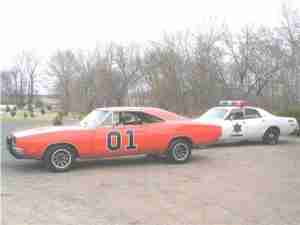 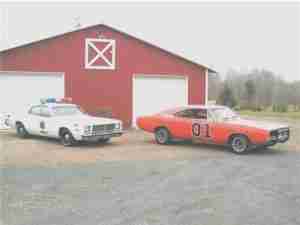 Visit the About page to see some of builds and inside the shop. Click here