In the fall of 2016 I rescued this Speedster from an open woodshed. It was on a farm 6 miles from my place. It had not run since 1975. I am the third owner. I spent that winter researching and semi restoring my first T. This has been a learned experience and I most definitely understand the “T” affliction 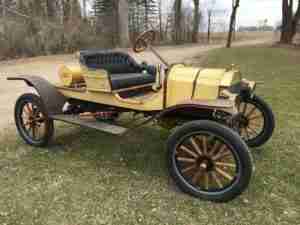 Titled as a 1914 this Model T Speedster has a low MN Pioneer license plate, 802,. The low number indicates an early ‘50s build. There is a show plate under the seat from 1955 for an AACA event in St. Peter, MN. The rear end is ’15, drive shaft ’13-’14, Hogs head ’14, Steering sector ’13-’14, frame ’19-’21. The motor has been validated to be a ’13-’14. No readable serial number. This determination was based on Model T Club membership physically viewing the engine. Fortunately I was able to verify the build with a few local car guys here in Minnesota and understand that a NOS motor was used for this build that was on a shelf in a wooden crate in Boege’s garage in Pine City, MN. I have been told this was early Hot Rodding. So many parts and pieces of the car were still on the car with the exception of the coveted tool box. Things like, the hand air pump, extra speedometer, the Carbonate burner and step board gate were still on the car. The brass horn, the radiator and headlights were also still attached to the car. This past spring I went back to the farm, to search for parts and introduce myself to the new property owners. They had found a rear end that was on the car at one point in time, red in color. While loading the rear end I was walking buy a small hog shed surrounded by brush and upon peering in I noticed a yellow rusty toolbox sitting in the dirt. Needless to say I was able to acquire it along with some old tools inside and extra transmission bands. Very thankful for their willingness to help out a car guy 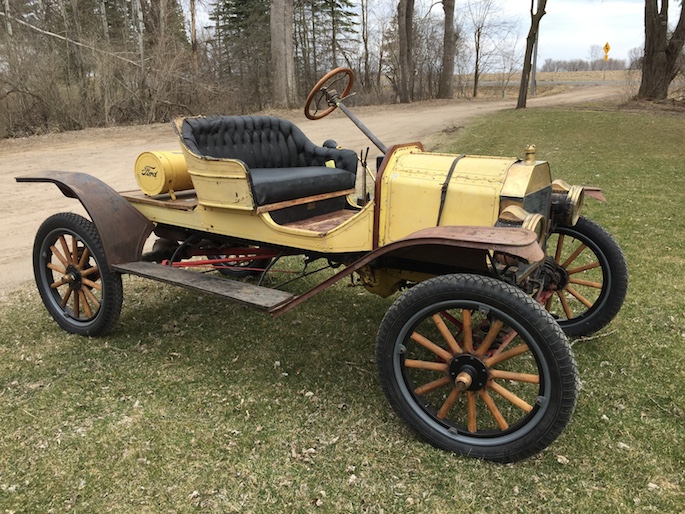 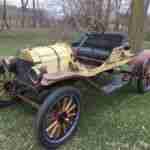 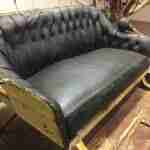 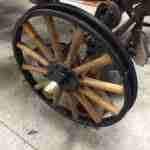 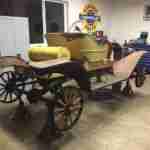 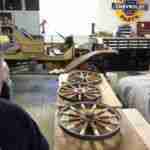 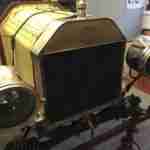 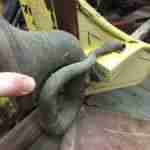 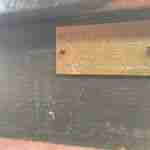 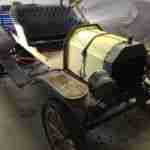 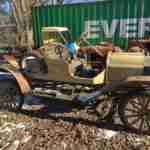 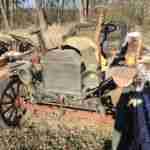 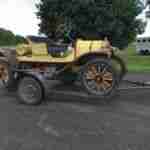 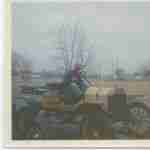 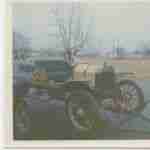 The car runs and drives down the road. The 6volt battery system I installed helps at crank starting. Surprisingly the mag works great and runs noticeably better in mag mode. The rear end should be rebuilt/inspected for the washer issue and the brakes should be overhauled. I have put 70 miles on the car at times reaching 34MPH. I took a club tour for 50 miles this past spring with little to no issues. The Speedster turns a lot of heads, especially with the monocle windshield. The last pic in the series is taken in 1968, note it is on the trailer I also now have. This pic is taken by the second owner who paid $500 for the car.