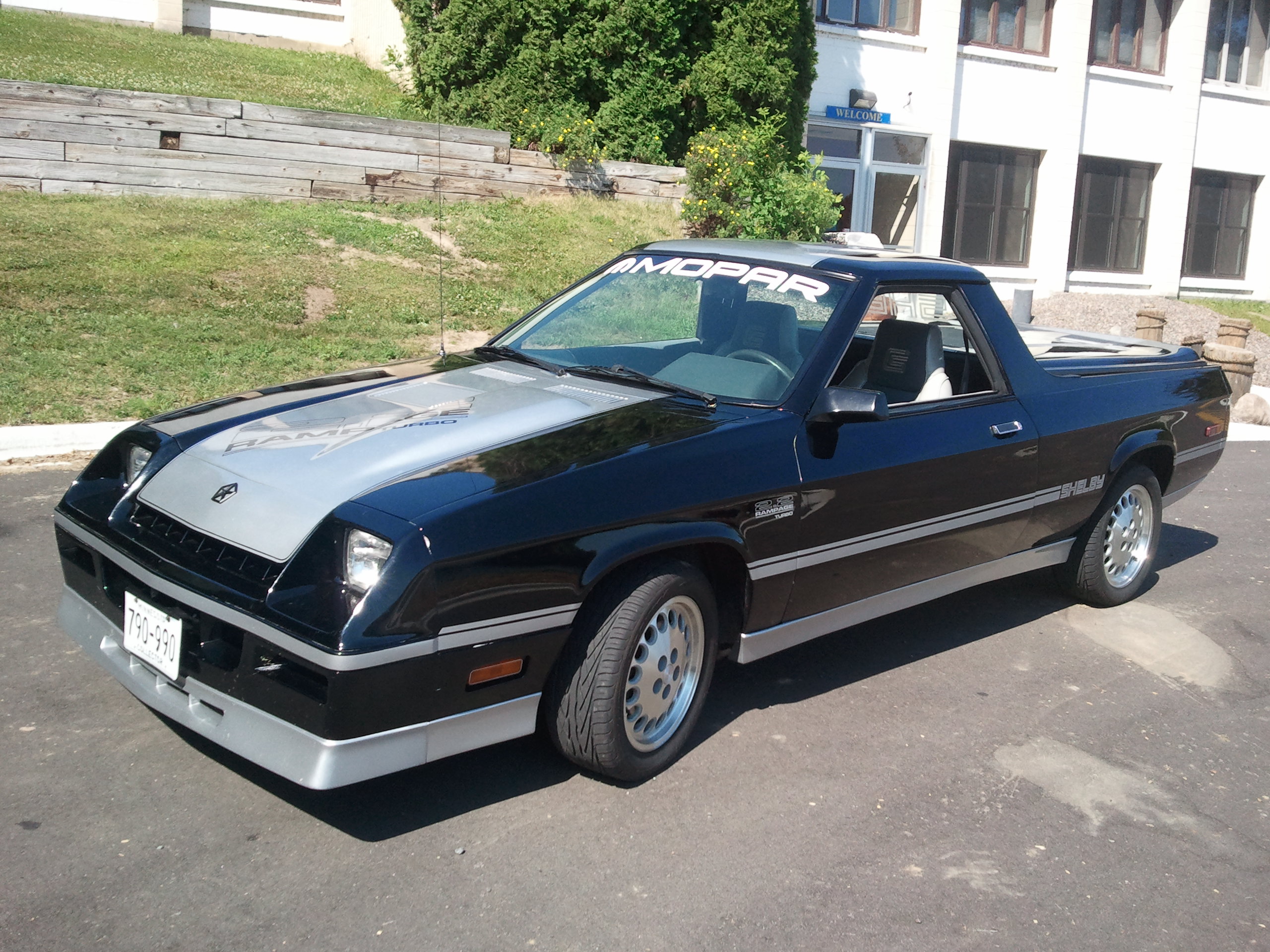 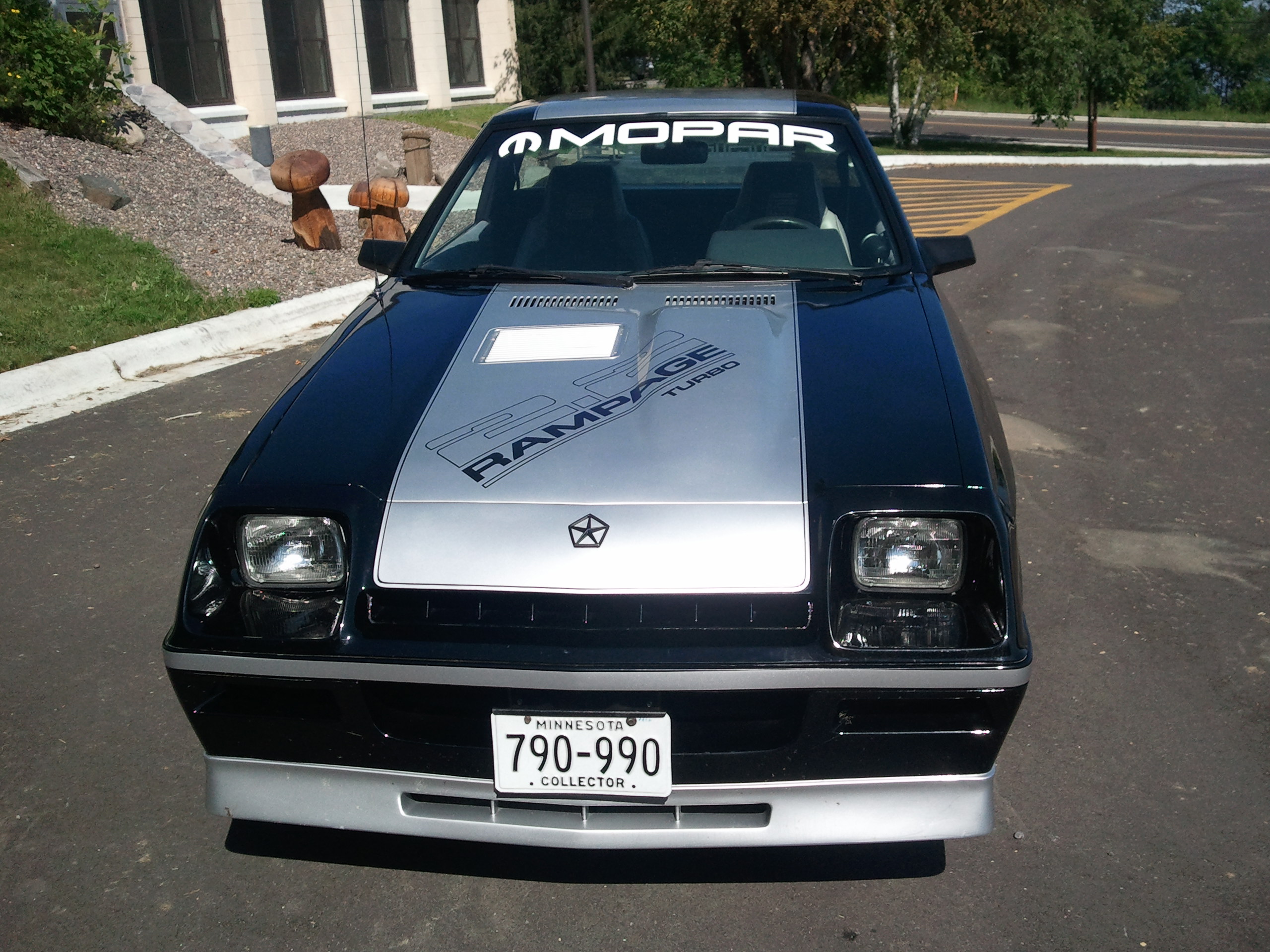 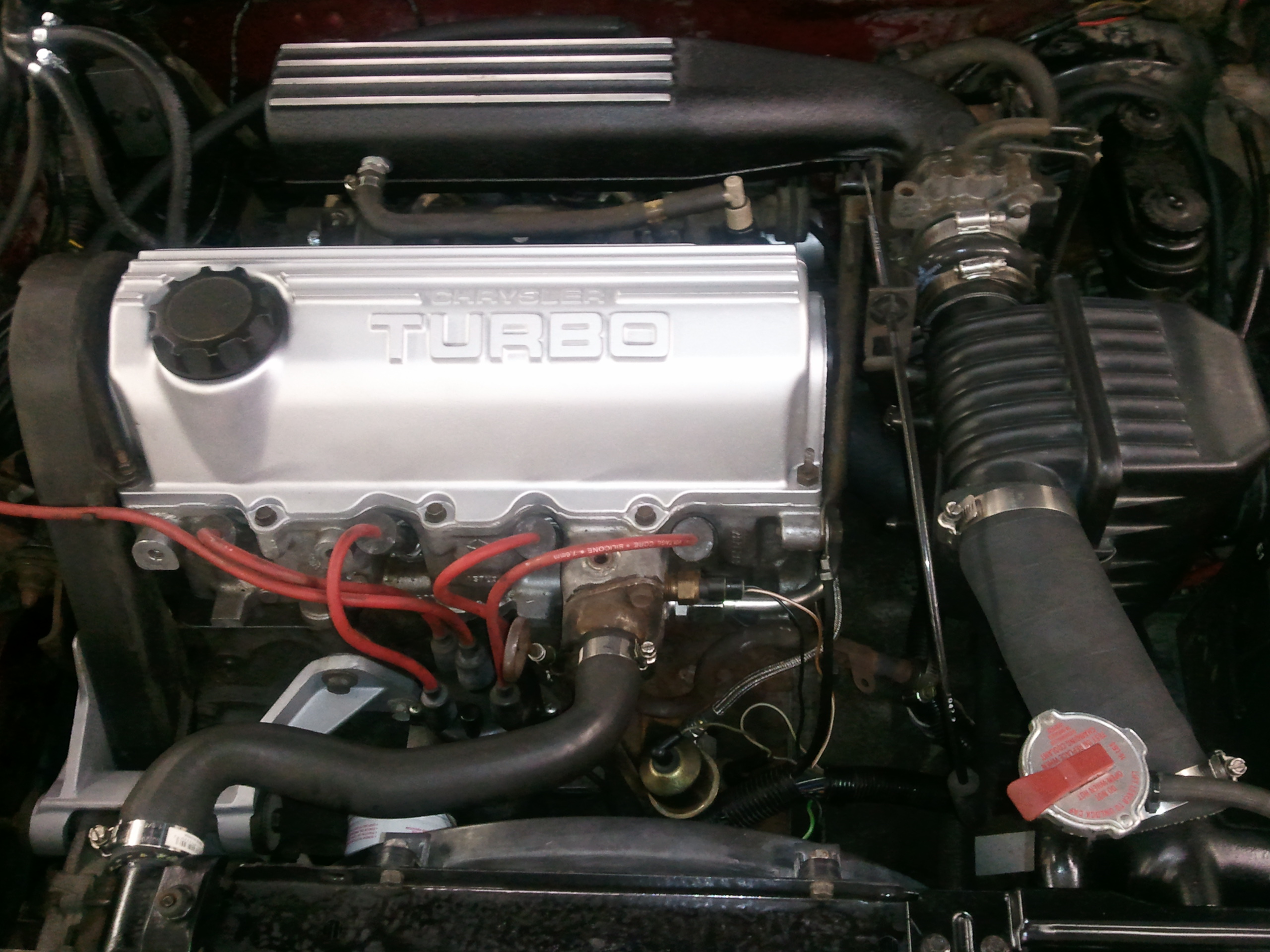 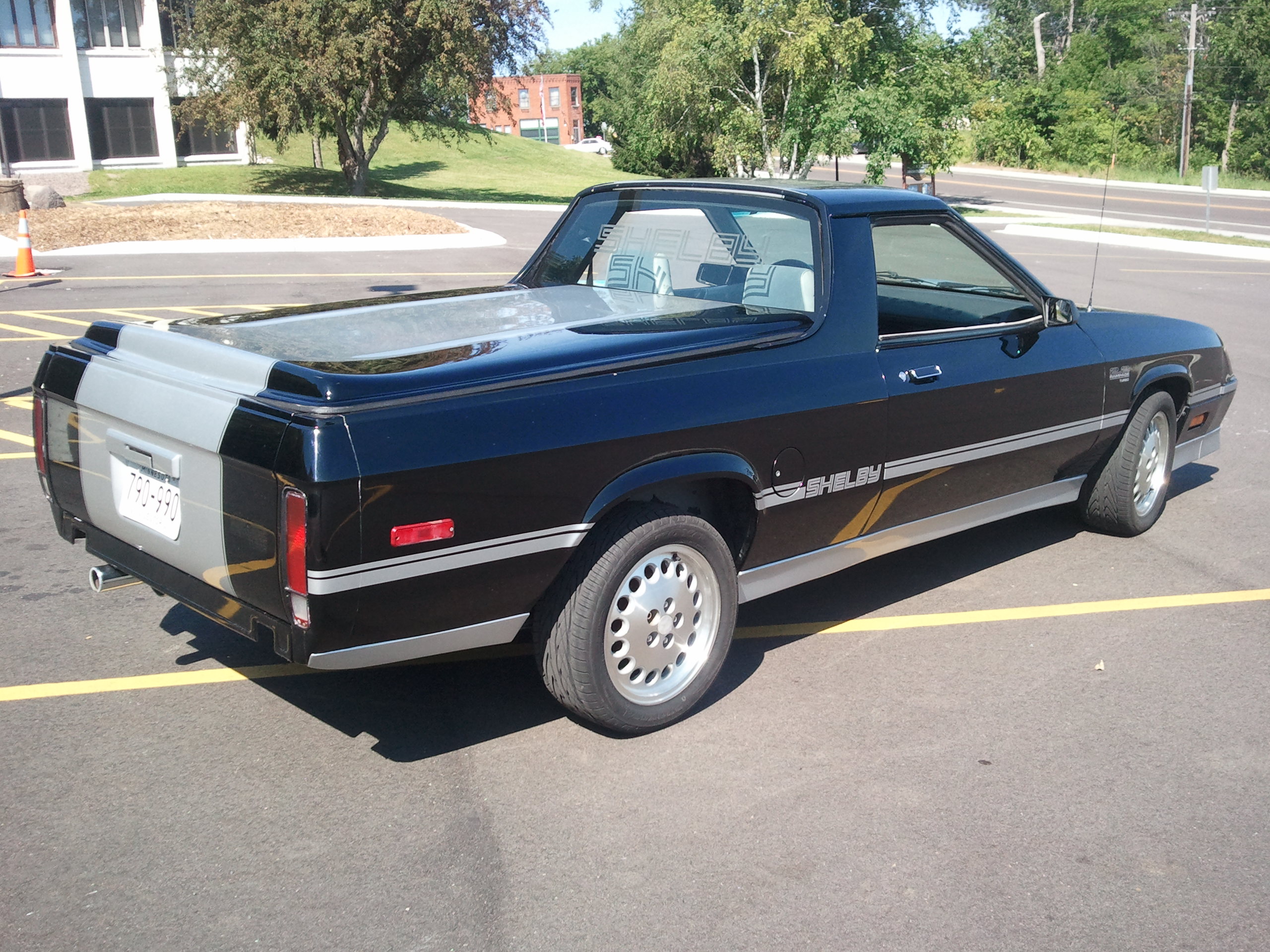 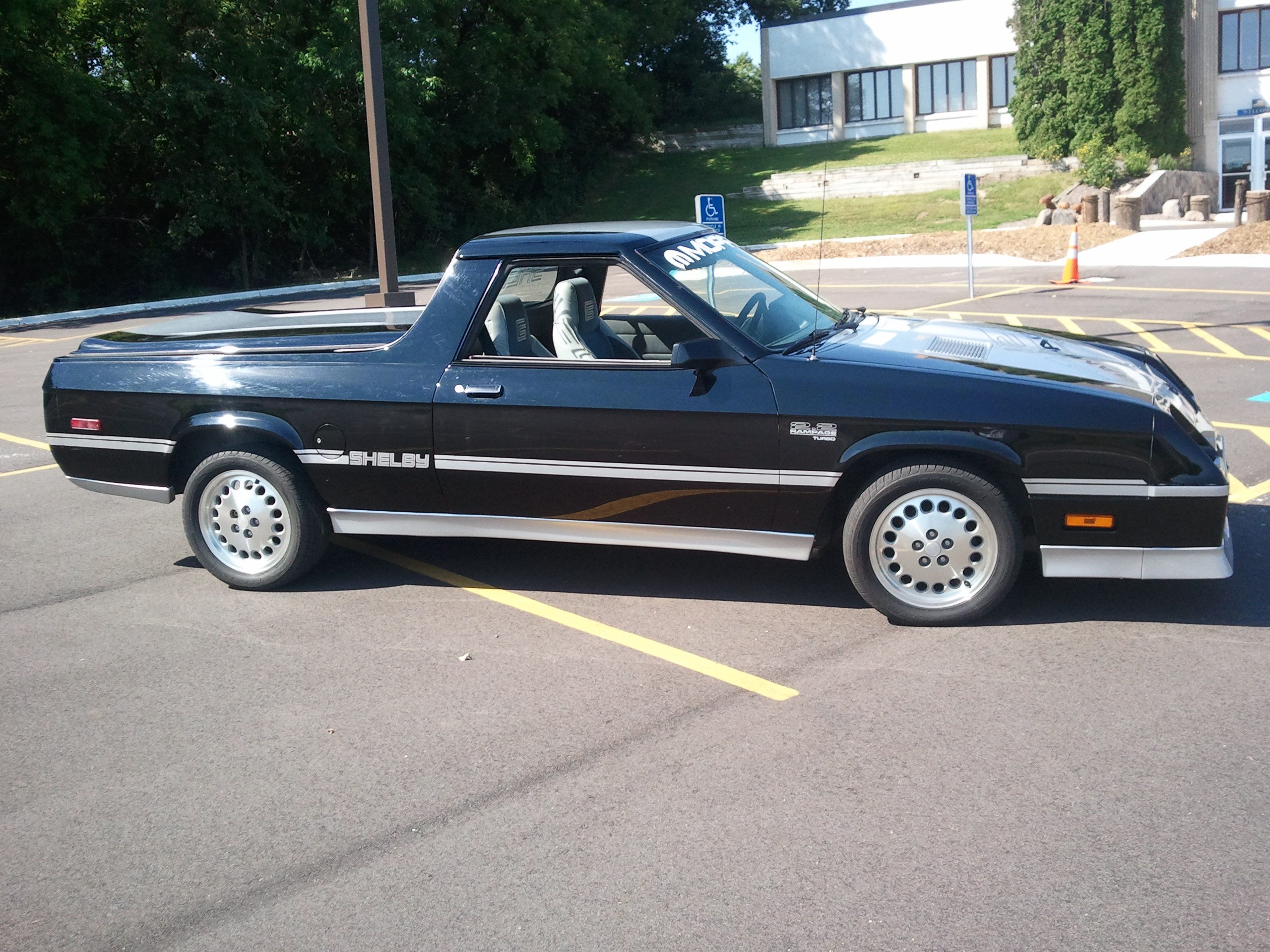 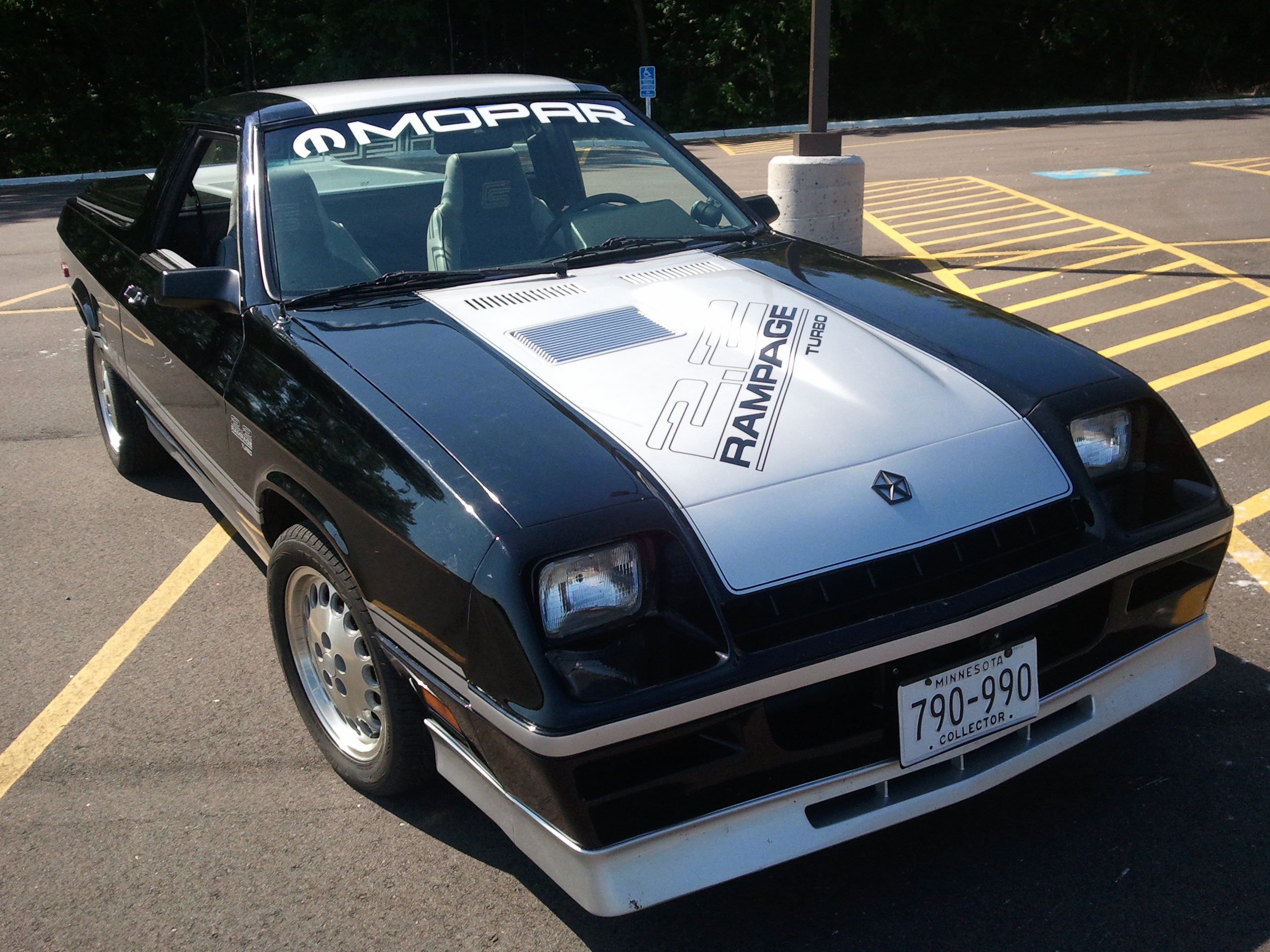 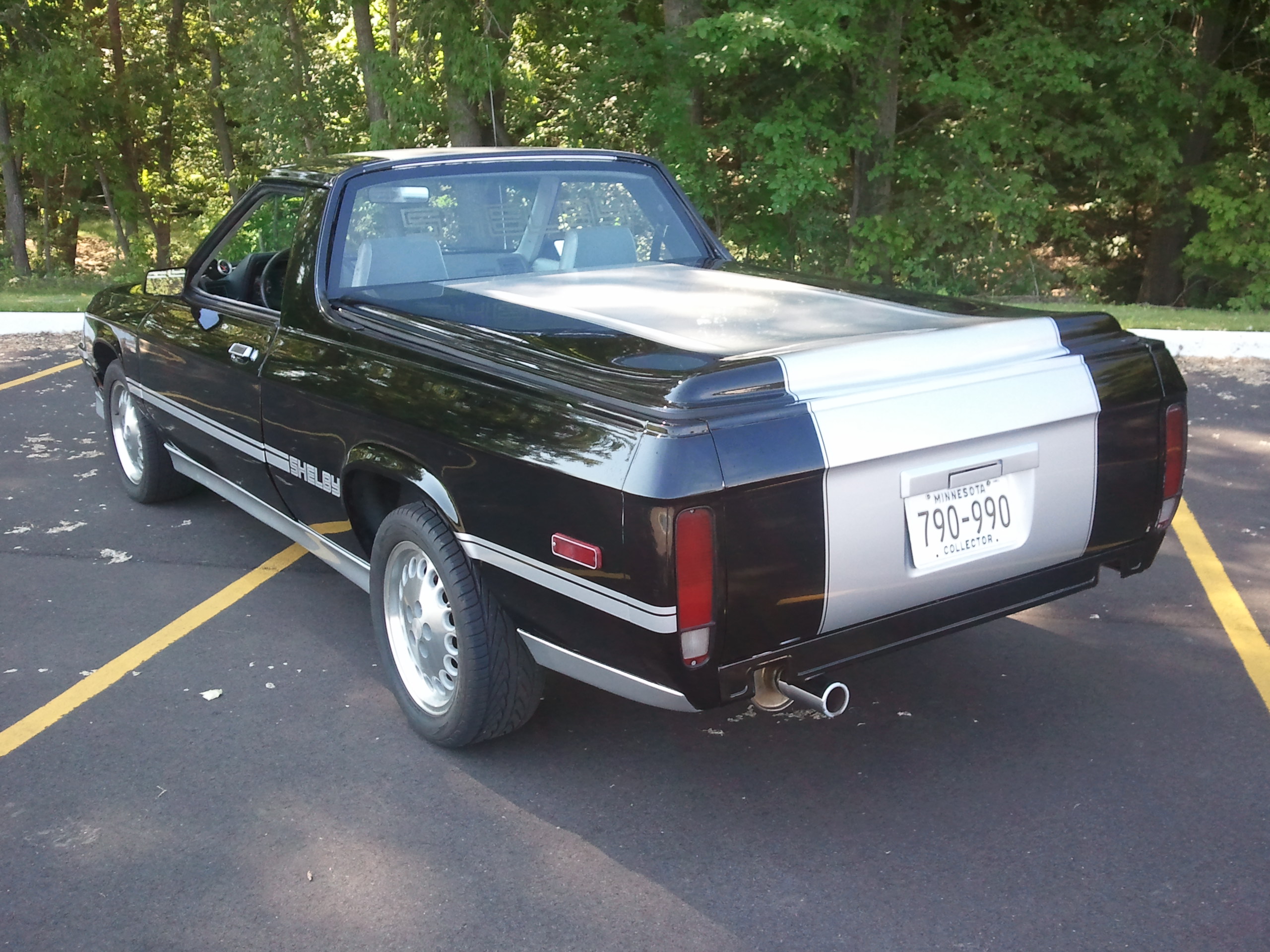 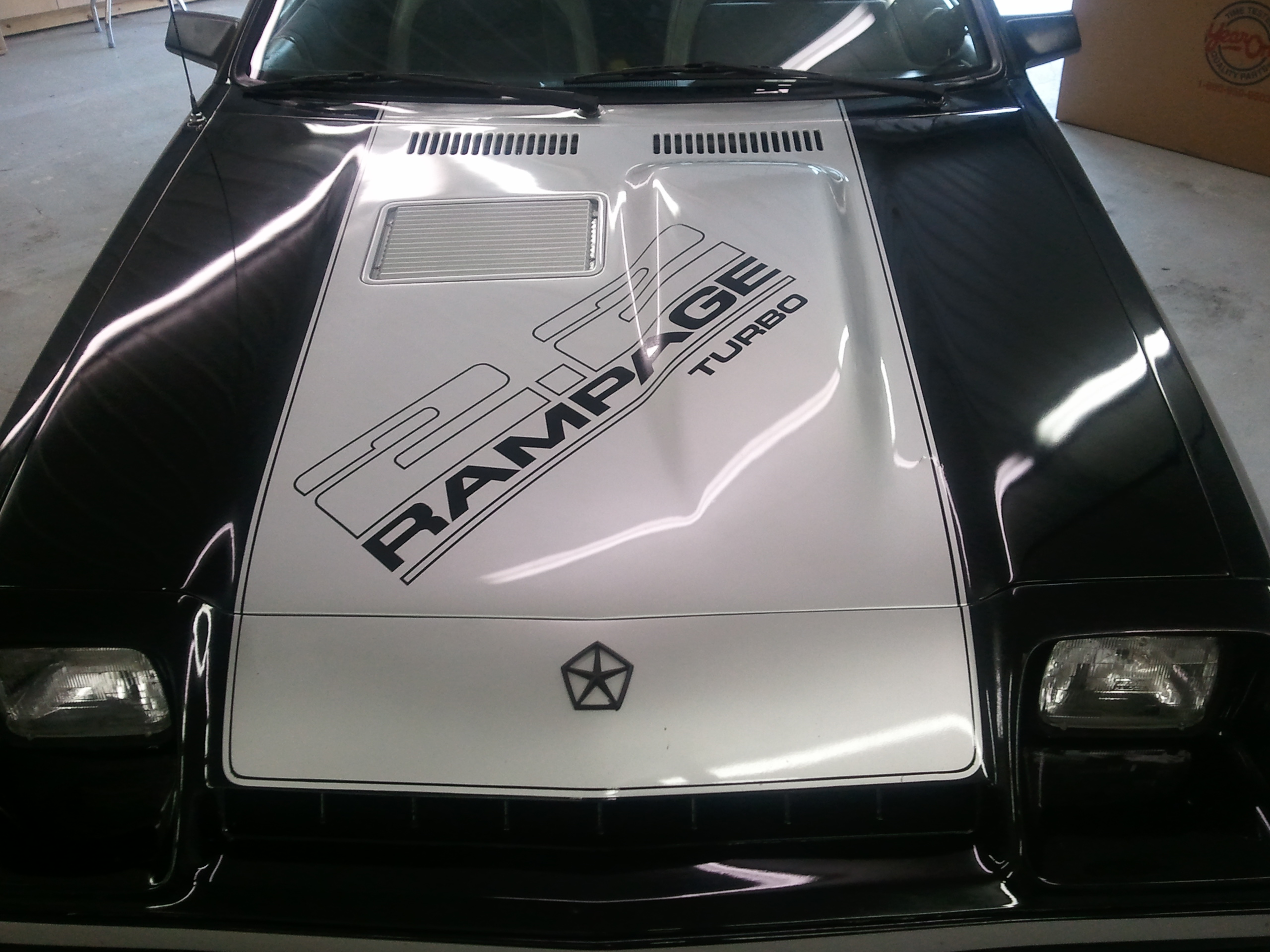 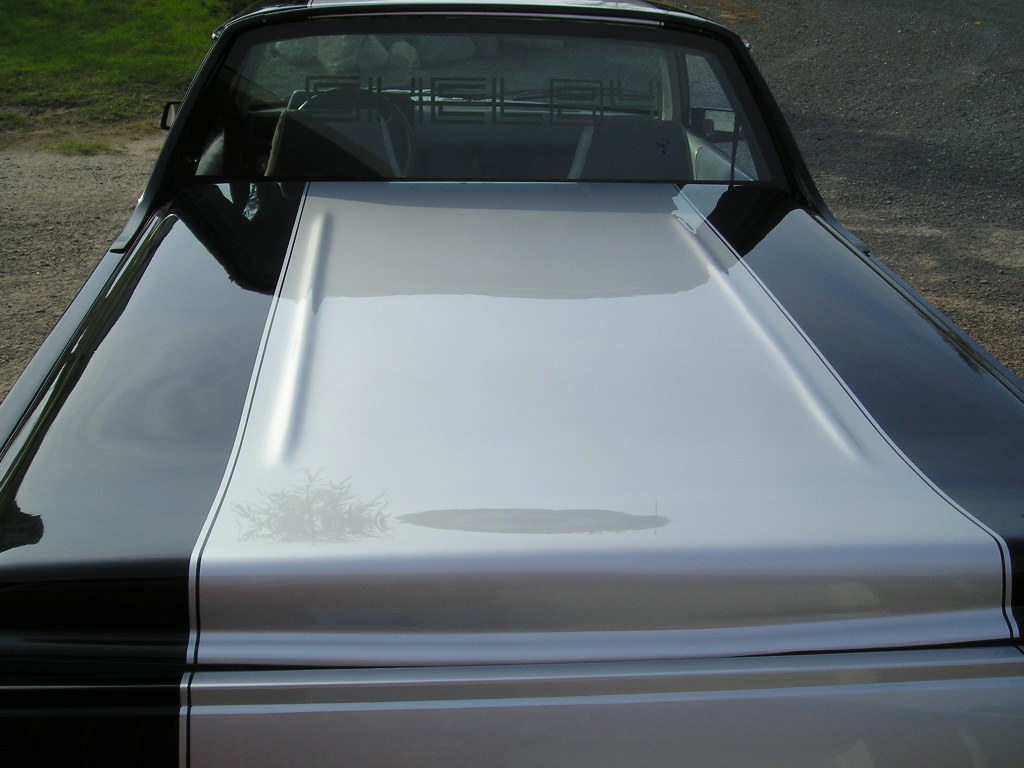 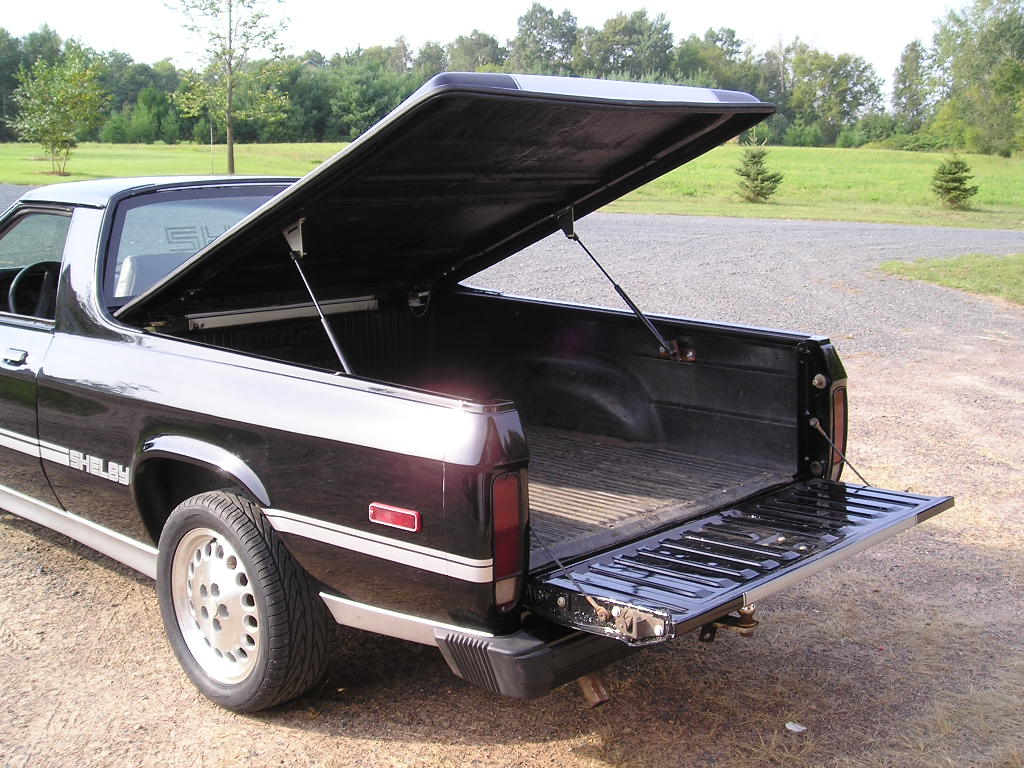 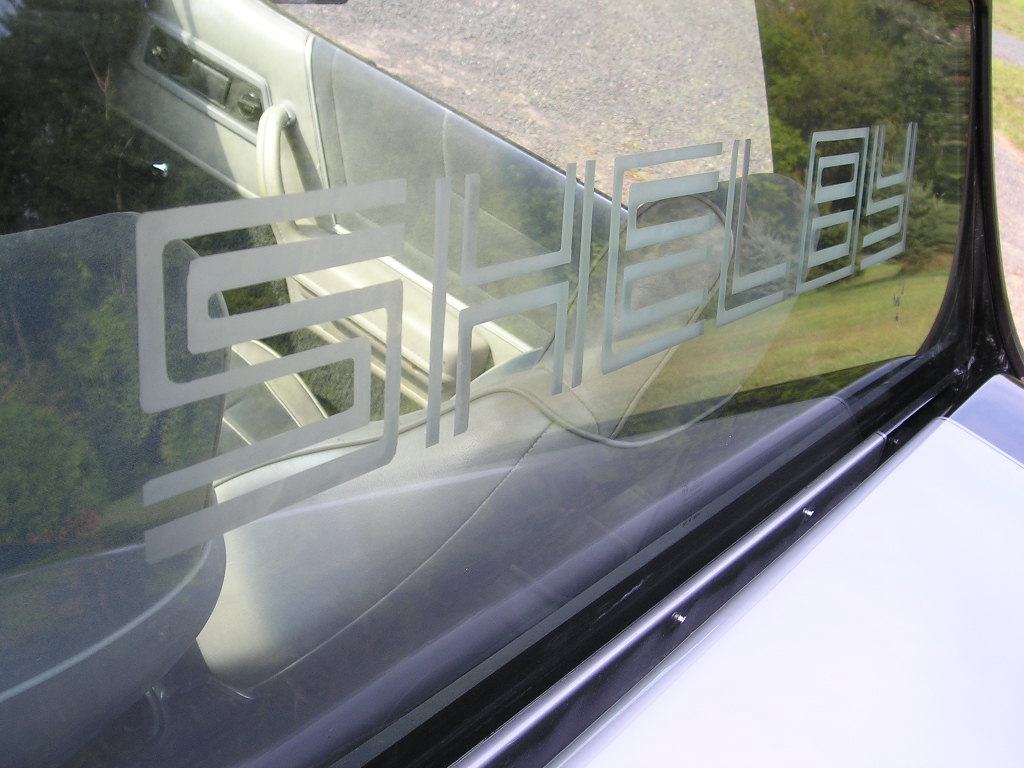 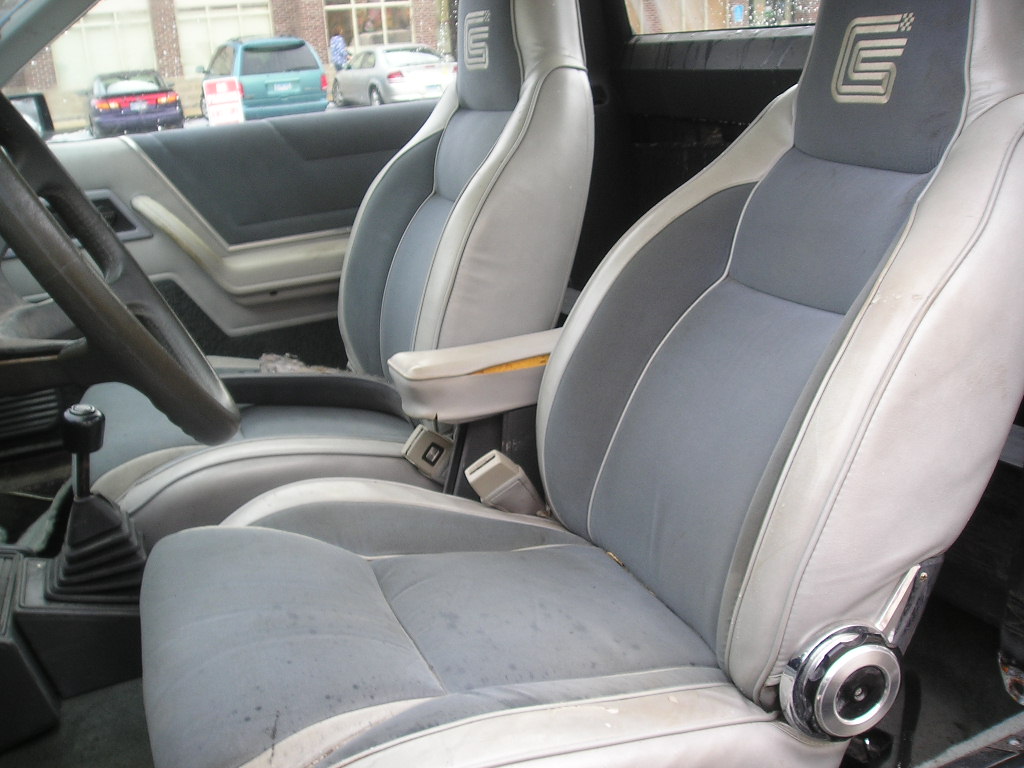 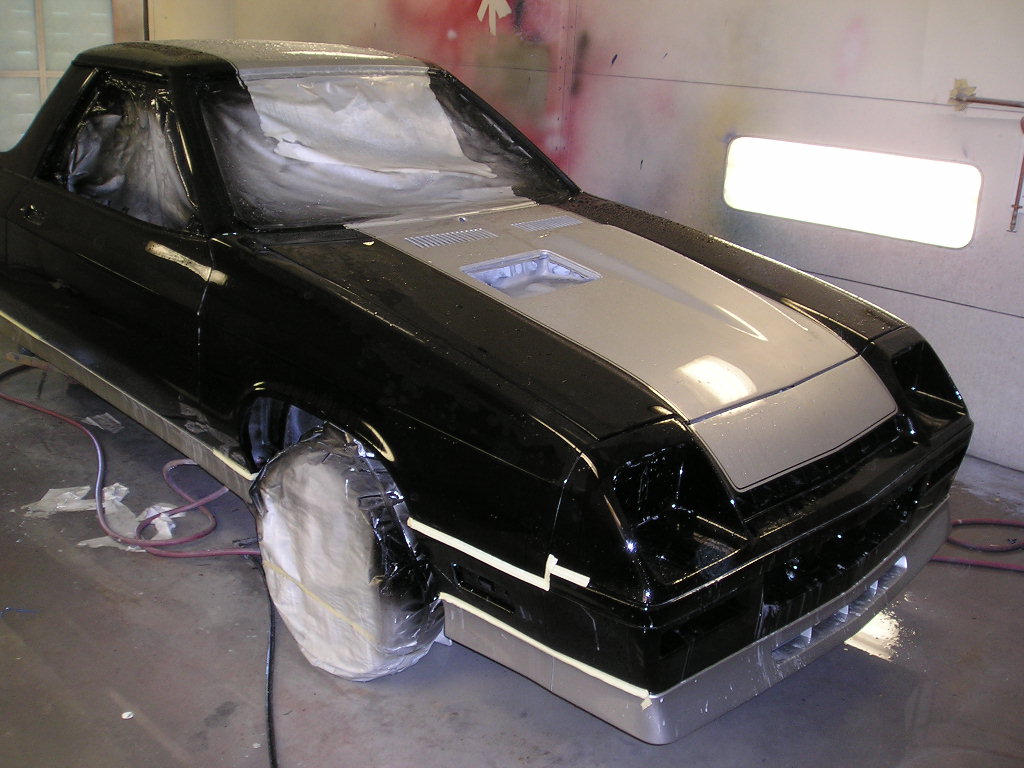 A concept by Shelby in the early ’80’s. Code Name Streetfighter

New Paint-base clear with decals.
Custom Ground Effects.
Shelby Etched back glass
New head gasket, Struts, Front end bushings, Brakes, alignment etc.
5 spd trans works great and it is a blast to drive.
All glass removed and car was painted, New window belt mouldings,.
The Custom Fiberglass bed cap is one of a kind.
This car was built to never be sold.
In addition a newly painted black and silver color matched topper is included. Professional restored wheels and New tires with 200 miles on them.
Turbo works great. Car is very snappy.
This is a conversion. The front of a Turbo Charger to the back of a rampage. Very slick. . Mechanically in very good condition. Fuel System is set for high pressure needs of Turbo. First time offered.

The FRONT half of a turbo Charger mated to the BACK half of a rampage. If you have ever tried to turbo a non-turbo car it is a ton of work. the wiring and body plugs/popouts are very different not to mention the turbo stuff. It made more sense in this case since we were going for a turbo Rampage to just start with a turbo Charger and mate it to the back of a rampage across the floor. In a sense it was like building a street rod. Nonetheless it was a MAJOR undertaking with thousands of hours. This is not some backyard highschool Bevis and Butthead project. The paint is show quality with two blemishes.

Notes from the Build.

Turbo is 87 TII T3 with .48 housing and slip on compressor cover. Has 4 piece carbon bearing with full USA made rebuild kit on it. Appearance coated. Turbo journal bearings are standard OD and ID. Swingvalve is 2.25″.

Radiator is 87-89 Shelby Z TII or Lebaron TII. Modified with L-body heater 5/8″ tube and mounting tab on bottom to fit l-body. Other mods to fit into l-body. Radiator mounting brackets are GLHS brackets to fit in l-body.

Parking brake cables are stock Rampage. Had to modify slightly to work with larger 220 mm rear Shelby charger brakes that are on car.

Sold to a guy in Florida